“It may come in a small package, but is no small thing that Marie Harris has done. Her new children’s book for Penguin, THE GIRL WHO HEARD COLORS, may be a short, beautifully rendered illustrated story, on one level. But in the grander scheme, she is intervening in the lives of young synesthetes and their peers at a very impressionable age through the book. Reinforced by her book tour and classroom visits, the message is one of tolerance. …”

An Interview with Maureen Seaberg in Psychology Today 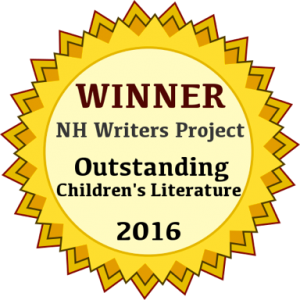 Little Jillian is thoroughly in touch with her senses, relishing the taste of maple syrup on waffles and the smell of wet grass. But what she loves most are the colors that all the sounds she hears make. The bark of a dog is red, and the tinkle of her bicycle bell is silver. She loves school as wholeheartedly as everything else—her teacher’s voice is green—but when a lunchbox crashes to the floor and Jillian calls it yellow, all the children begin to laugh at her—a sad, black sound. When Music Day rolls around and all the children play, Jillian is overwhelmed by all the colors she hears. Fortunately the visiting musician is also a synesthete, so he understands exactly what she means and explains it to everybody. While the tidiness of Jillian’s resolution strains credulity, the exploration of her unusual perception charms.

Brantley-Newton’s digitally composed illustrations present a ponytailed, freckle-faced little girl who greets the world with verve. Her teacher has a particularly groovy hairstyle (though it’s a little odd to see it repeated on both the musician and one of the little boys in Jillian’s class).

A brief author’s note gives a little bit more information about synesthesia, grounding it in the experiences of children Harris has encountered on school visits.An engaging look at a fascinating difference in perception, for younger readers. (Picture book. 4-7)  KIRKUS REVIEWS

Ever since my oldest daughter was a baby, my family has joked that “music tastes green.” She had a toy keyboard and always seemed to chew on the green key, which would then light up and play a tune. Since then, I’ve been intrigued by synesthesia—a combining of senses, where a phrase such as “music tastes green” might describe reality.

I doubted whether a picture book could explain such an unusual concept as synesthesia to preschoolers, but this book does it. Young readers explore the five senses they share with Jillian, and discover an uncommon extra sense as swirls of color display the sounds as Jillian sees them. This delightful book has danced its way onto the shortlist of my favorite picture books of all time.