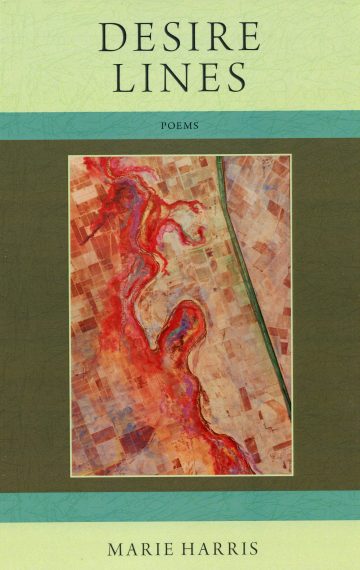 New Poems: 2000-2019  Includes occasional poems written when I served as NH Poet Laureate (1999-2004), as well as other commissions. Love poems, poems of the sea and sky. Long poem after an accident. Cover painting by Marina Forstmann Day. Interior images by Charter Weeks.

In masterful and compelling poems, Harris vivifies each “flicker and flash” of petrels, terns, gulls, cowbirds, and ospreys that serve as omens or signs of life’s offerings and tragedies. Regardless of whether she is reflecting on the loss of a friend, past experiences aboard a schooner, the challenges of being engulfed in a fog, or the horrific accident of a son and his family, she transports the reader into a world of wisdom. Gaining comfort from a devoted spouse, Harris relives the paths of her life in insightful and skillfully rendered narrative accounts that both enlighten and encourage her to move on. 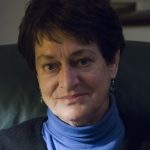 Like birds perched briefly on trees, the poems in Desire Lines balance stillness and movement, arrival and departure. This is a book of journeying able to hold apparent contradictions: Did my father teach me that boats were not built to end up somewhere?…Every setting out is really a leaving behind. Every landfall a strange disappointment. The speaker is a careful observer of nature, yet her descriptions are rooted in human activity. A kingfisher rattles back and forth…like someone’s lawnmower striping a verge and a porthole frames a bleacher of gulls/on shore hunched/waiting it out like loyal fans. Tender and wrenching, the long sequence, ”Bruised Hearts,” powerfully details a son’s recovery from a near fatal accident and moves between poems responding to her son’s suffering and letters written to herself as a young mother filled with the guilt and recriminations every mother suffers. Likewise, the delicate, restrained poems of the title section, “Desire Lines,” reveal the way a long lasting love comforts while simultaneously rendering us vulnerable to its loss as when lying next to her beloved the speaker muses: I will die your breath seemed to say, and you will be sad. Despite its often elegiac tone, this collection promises fresh purpose will emerge assuredly/as snowdrops elbowing the frozen ground. Understated and courageous, these are poems to sustain us.

–Kathleen Aguero,  AFTER THAT